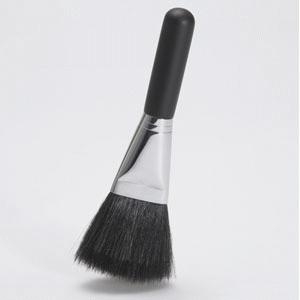 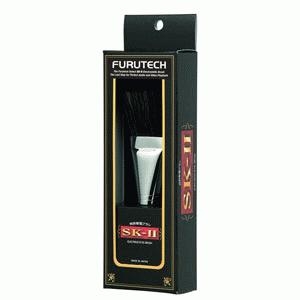 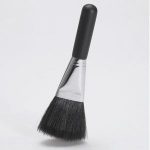 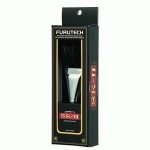 It has been known to all those concerned with high end audio and home theater for many years now that by removing electrostatic charge from audio and visual media a great improvement in sound and picture quality can be realized. But until now removing electrostatic charge has always been a costly exercise, both in time and money. Developed by SFC of Japan, the patented electrostatic brush SK-II has arrived brought to you by Furutech. This revolutionary product, so simple to use, will change your listening or viewing experience for good. See and hear a difference can be realized in minutes. Experience what the product that has become such a great hit among Japanese high-end audio and home theater fans.

Now Furutech brings this incredible product to audio and home theater lovers of the world. The SK-II uses only the finest goat hair. Hard to come by and extremely soft, the goats hair used on the SK-II is perfect for cleaning dust out of those precious LPs and will not leave the slightest mark on CDs, DVD or projector lenses. Very portable, easy to use and comes with a clear plastic cover to keep the bristles of the brush well protected. As all audio and visual fans know the more we use our CD/SACD/DVD/DVD-Audio disks, the more dust and fingerprints are left on the surface of the disks. Using disk cleaners, we wash and wipe them with cloths, but in doing so we inadvertently electro statically charge our media. Not to mention the resulting static charge from the simple action of removing them from their protective cases or covers. In the case of CDs 500~1,500V of frictional static electricity and ten times that for LPs, 3,000~20,000V. When disk media is played in the statically charged state, generally sounds are clouded, vowel sounds become thin and lower range sounds cannot be heard to their full potential. With regards to LPs the adding to the scratch noises, the noise from the sparks caused by static charge can be heard through the speakers during pick up. By using the SK-II and lightly brushing the surface of LPs, CDs or DVDs in a circular motion, the sound quality of LPs and CDs will be improved and the image quality on DVD replay will also improve. The reliability and effectiveness of the SK-II’s ability to remove static charge is well known to and used exclusively by the meticulous Japanese Police Force in their crime scene investigations, brushing away the aluminum particles to reveal fingerprints. The SK-II is their trusted choice. And now the SK-II is sure to become an indispensable item for all audio and AV fans.

1. Materials: Natural Goats hair surrounded by thicker strengthening acrylic fibers. Only the natural fine goat hair is exposed to any disk media and will not damage or mark in any way.
2. By using electrically conductive acrylic fibers that have been coated with copper sulfide and binding them together with a metal band, when both sides of the metal band are held during use, a corona discharge results; thereby removing static charge from media and charged dust particles.
3. The acrylic fibers have been set back 15mm from the tip of the brush and their chemical coating absorbs positively charged copper ions. The structure of these electrically conductive acrylic fibers (40 denier, thickness 69.3 microns) is patented (#1677237).
4. After a considerable amount of use the SK-II can be washed using a neutral cleansing agent and rinsed well with water and left to dry in the shade (please do not wash with cleansing agents containing bleach).
5. Usually it is enough to just simply brush away most of the static charge, but if you would like to rid your media completely of Static charge then dab a slightly damp tissue paper on the surface of the media.
6. This product is also very effective for use on Projector lenses, LCD screens, Plasma screens as well as CDs, DVDs and LPs.