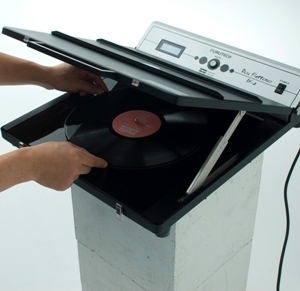 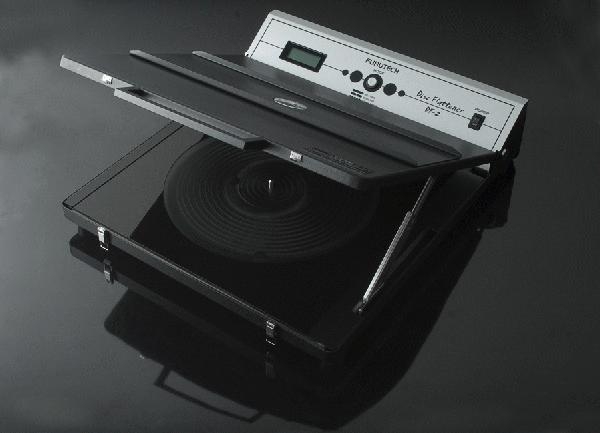 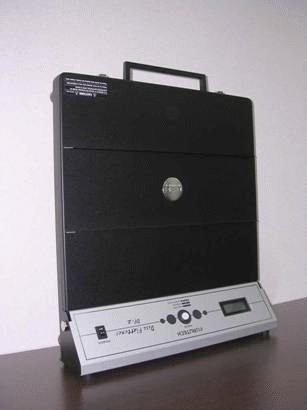 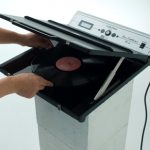 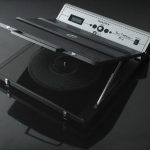 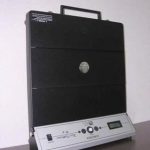 Ultimate Performance • Ultimate Refinement • Ultimate Luxury
This is the new improved version of the Furutech LP flattener that is now approved for FLAT-PROFILE/NO GROOVE-GUARD discs. Every vinyl enthusiast has records in their collection, or come across LPs they’d love to own, but were just too warped for any cartridge/arm to track. The DF-2 the one-stop, one-button solution to your problems! The DF-2 provides controlled-heat perfect flattening for all your warped records, even those with only slight irregularities just enough to unsettle your cartridge and cause mistracking.

Warps And Listening
Warps are bad news no matter how you look at it. If the arm/cartridge remains parallel to the LP’s surface as with a flat record, VTA (Vertical Tracking Angle) remains unchanged throughout every rotation. Additionally, as the arm/cartridge tracks a warp on its upside, it places greater pressure on the stylus which changes VTF (Vertical Tracking Force) until the peak of the warp, whereupon the cartridge becomes “unloaded” with too little VTF on the way down.

Of course, all this muddles the sound, changing the tonal quality, imaging and soundstage characteristics of the cartridge. A flat record also tracks better with less distortion.

The DF-2 doesn’t take up much room with its space-saving, vertical storage design. Improved film heating technology optimizes the entire heating and cooling cycle for a perfectly flat LP that your cartridge – and you – will love! Just lay the DF-2 flat, open and place the LP on the guides, close and tap a single button! An LCD keeps you informed of progress with a tone sounding when done.

The DF-2 is an upgraded version of the original DFV-1.

“… After a session with the DFV-1, it was flat”
“… I found the DFV-1 Disc Flattener effective for banishing warps from LPs”
— Michael Fremer, Stereophile October 2007

“…The Furutech DFV-1 performed exactly as advertised and I can say that I wouldn‘t change a thing about it”
— John Potis, 6moons October 2007

“…The DFV-1 flattened any warped LP I threw at, no matter the weight or warping, and did so without damaging the LP in any way I could see or hear”
— John Crossett, Soundstage September 2007