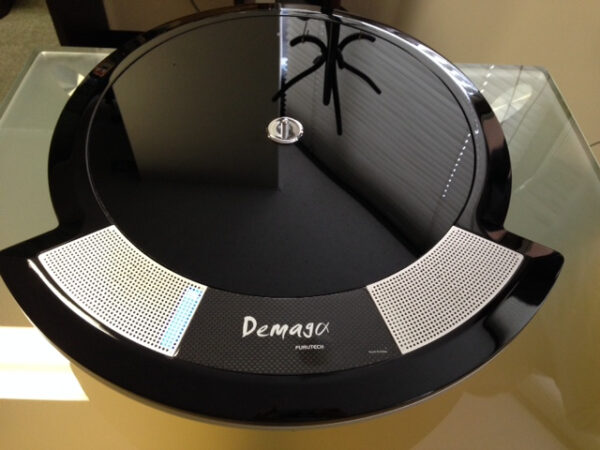 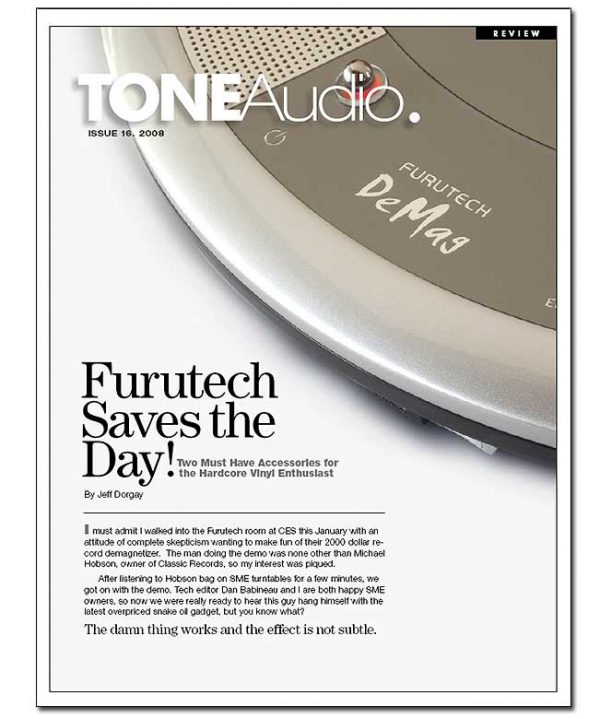 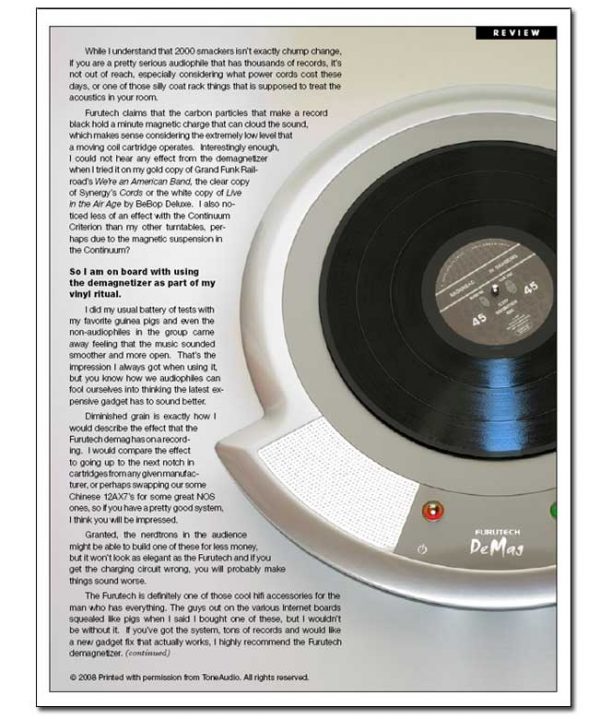 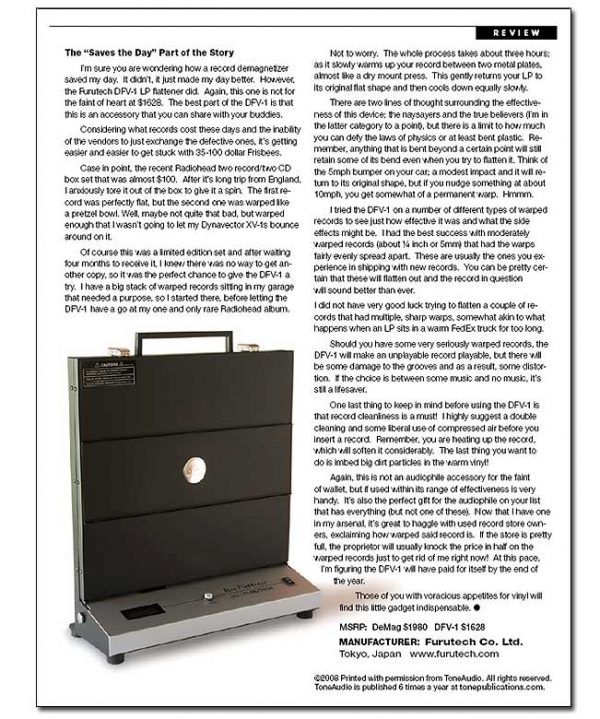 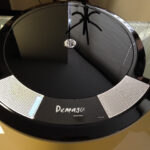 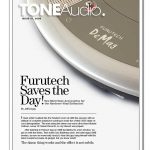 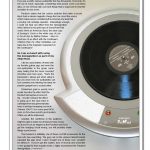 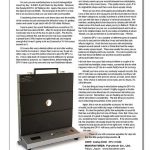 …This play almost sounded like a different mastering. It was quieter, had more impact, more space, more detail, was remarkably clearer, had less “glare” and “haze,” and was even slightly louder than the first play, all with NO CHANGES to the system settings. It clearly sounded like a different pressing than the one we had just heard and was enhanced in just about every conceivable attribute.

Demagnetization Isn’t Just For Optical Media Anymore!
The DeMagα works for disc media as well as cables, connectors, and power cords! No part of the playback chain should be disturbed by resolution-sapping magnetic interference.

Demagnetizing LPs
How can an LP be magnetized? It’s plastic!
The fact is that pigment added to the plastic during the manufacturing process is the culprit. The minute amount of ferrous material in the pigment causes LPs to become magnetized. Testing at the Tokyo Nanotechnology center with a IHI Gauss meter showed that after an LP was treated with the deMag the magnetic field of the LP was lowered from 620~630 nT to 572~582 nT (nanotesla: a unit of magnetic field strength,1 Tesla = 10,000 gauss)

Demagnetizing Cables
Electric current generates a magnetic field as it flows through a power cord or conductor. However, magnetic impurities within the materials themselves become magnetized and introduce further magnetic distortion. Just loop your cables and power cords with their connectors on the DeMagα and begin treatment.

No matter how valuable or expensive your system is, the only way to achieve top performance is by demagnetizing your problems away! There are no other demagnetizers on the market that can be used in such a versatile and effective way. The DeMagα Demagnetizer can even be used on metal-based accessories like CD stabilizers or speaker terminals.

“… demagnetizing an LP definitively removed a high-frequency glaze or glare and seemed to enrich the midband… Demagnetizing LPs works. And do not try one of these devices unless you’re prepared to buy it.”
–Michael Fremer, Stereophile
SPECIFICATIONS